The Growing Trends of Coconut Drinks

In our era, coconut has become the new ingredient for better health. In recent times, the buzz around coconut has been sparked by high profile endorsements from celebrities.

Coconut has been advocated as a burner of body fat and treatment for viral infections, diabetes, arthritis, and other diseases. Due to the benefits of coconut beverages, the number of internet searches for the health properties of coconut has increased since 2010.

Although millennials perceive coconut as a healthy product, some public health institutions have an alternative opinion about the benefits of coconut. For instance, the British Heart Foundation has stated that coconut is approximately 86% fat. This percentage is a third more saturated fat than high sat fat and butter consumption, which is associated with increased risks for diseases like coronary heart disease.

The New Wave of Coconut beverages.

Although there are some misgivings about coconut, there is a rising demand for coconut drinks and beverages that is growing in the market. The Euromonitor International has stated that coconut water has increased by around 228% in terms of volume in the market between 2011 and 2016.

In Europe, coconut oil has become a mainstream product, and coconut has become an ingredient in most goods in the market. Between 2010 and 2016, there has been a 318% increase in coconut products that have been launched.

The increased trend of coconut beverages has led to innovation where companies have conducted experiments to create ingredients using coconut, for both snacks and beverages of all kinds. The growth of coconut products has been supported heavily by the success of coconut water, which is referred to as a natural hydration product.

According to coconut specialists, food makers are encouraged to look beyond the common coconut products and create other innovative products. There are other ranges of coconut products that are being produced and pursued; this includes coconut milk powder, coconut sugar, coconut nectar, and others.

Some examples of Coconut drinks by Lemonconcentrate. 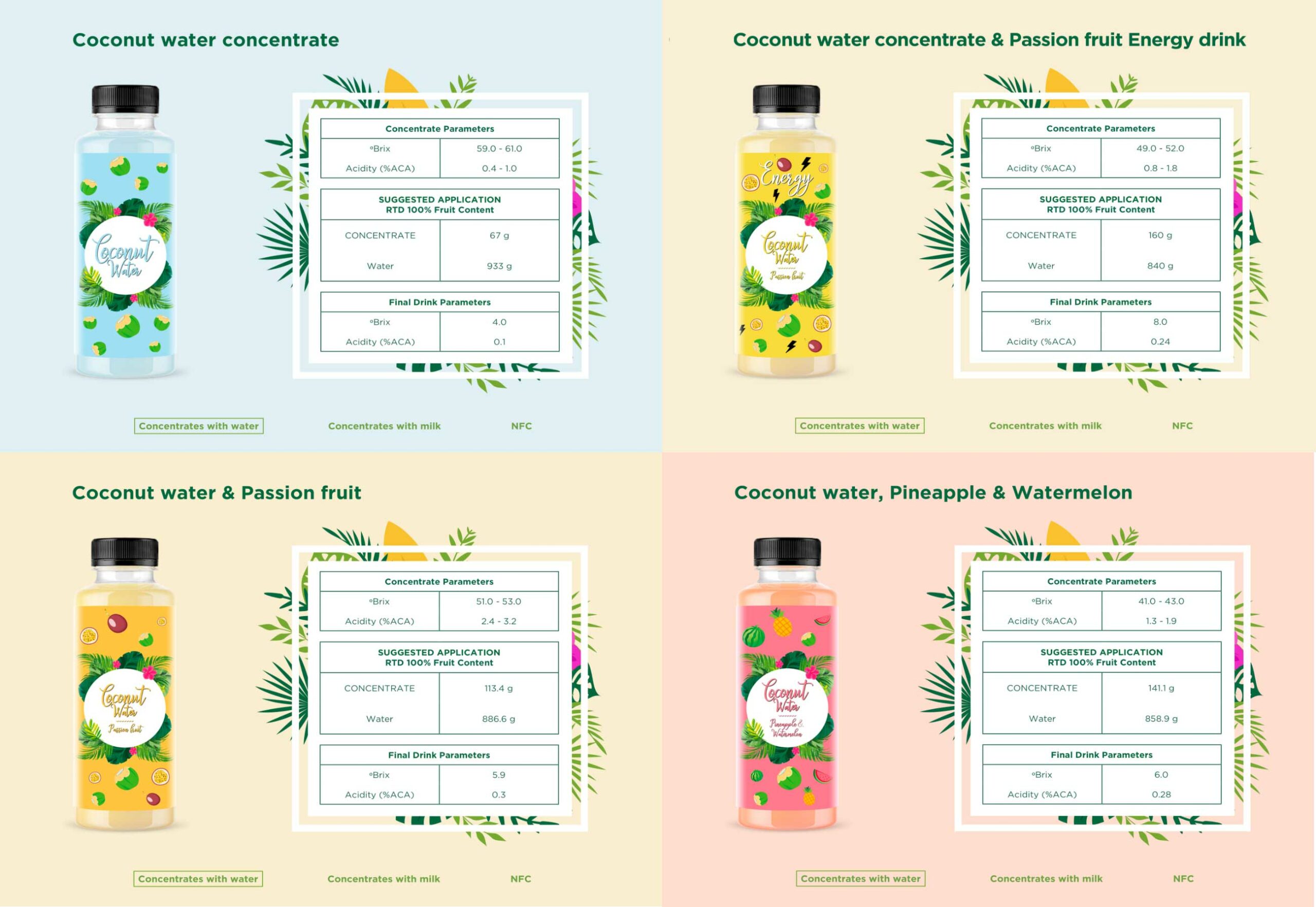 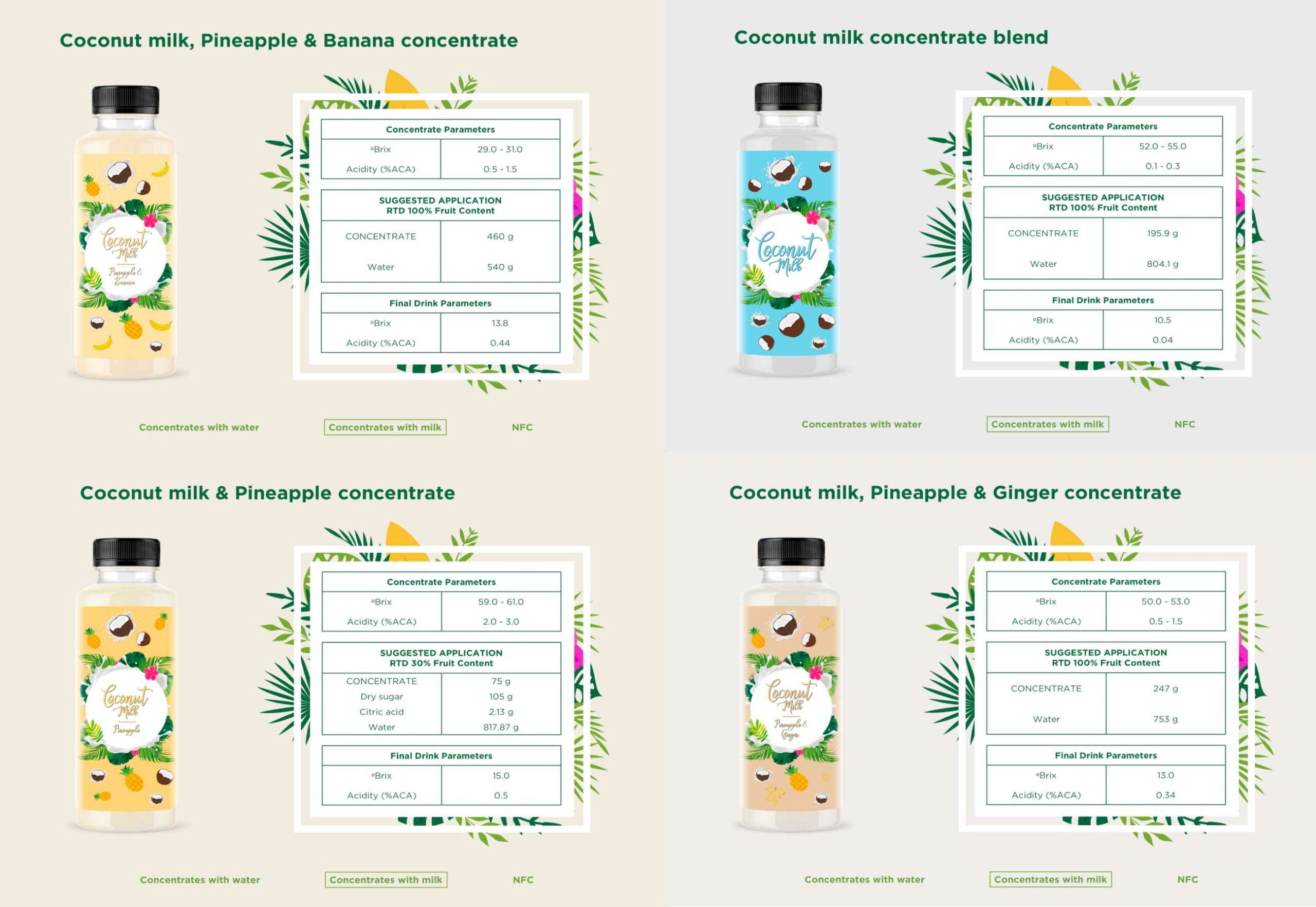 For more information you can contact us and we will happy to assist you.