Brazil will increase its FCOJ price. 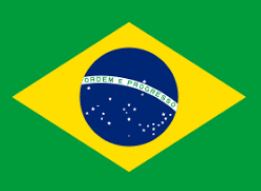 The forecast for the orange juice production in Brazil is a 18% lower than last season. Consequently, the Brazilian company Cutrale (the largest orange juice processor in the world), has announced a price increase for its frozen concentrated orange juice (FCOJ). It was around USD 1,850-1,900 per tonne, and the intent to raise the price to USD 2,300/tonne has been quite shocking.

A price increase was expected by the industry, but they were expecting a gradual one and, finally, a further increase in October during SIAL food fair in Paris.

Cutrale has been the only company who has shown its price proposal but it is expected that other companies (such as Citrosuco or Louis Dreyfus) announce a somewhat similar price.

With regard to not from concentrate orange juice (NFC orange juice), Brazil has not announced any price yet. This country always tries to set a price for NFC orange juice that can compete with European manufacturers and processors. The lower orange production of the South American country is seen as an opportunity for Europe to offer cheaper prices than Brazil.